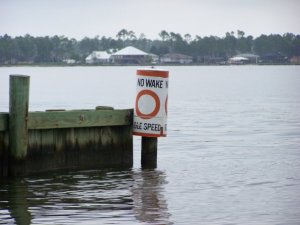 As I was eating lunch today at Bear Point Marina, I noticed two types of people. The first type of people is the locals, the people that go to this restaurant a good bit, and they have been on their boats a lot. They know how their boat handles, how to dock it, how to tie it up, and how to steer it. And the other type of people I saw was the Saturday Captains. These are the posers, they have the fishing shirts and the expensive abominable snowman coolers, and they are trying to look they part. But we can all tell that they are tourist that rented out the boat for the day. They slam into the dock as they come in, they have no idea how to tie off the boat, they are making wake in the no wake zone.

In the past month or two I feel like our country is even more divided than it has been ever before. Between gay rights, to gun control, to heritage vs hate, to Jade Helm, and back to gun control, where does it end? Where do you stand on these issues? Can you relate to these two groups of people? When it comes to these highly debated issues there is hardly ever middle ground. Some people would say that they are the sun soaked locals on the issues, they know the ends and outs. They are knowledgeable on the subject and they can talk about it at lengths. Much like if you were to ask one of these guys I saw today about their boat; they would know how long the vessel it, what kind of engine it has, where it comes from, and the name of the vessel. And of course there are even more people like the Saturday Captains who are playing the part. They say and wear what they think makes them fit in. They know just enough about the subjects to get themselves into trouble, then there they go and slam into the docks, Or leave ropes/discussions unfinished and end up floating away. They don’t know where the vessel comes from, or her name, they probably couldn’t even tell you where the life vest are for when they start to sink the ship.

If you are playing Captain for the weekend; or talking about these highly contested and debated topics, it is better to not make wake in the no wake zone. What is the no wake zone, social media. Two things immediately come to mind on this subject. Both things are things that my dad said to us kids growing up, and they have never rung truer than today. The first, is from Bambi, when Thumper’s mom says “If you can’t say something nice, don’t say nothing at all”. And the second is from my favorite US President, Teddy Roosevelt, “Speak softly and carry a big stick”. Neither one of these is saying that you shouldn’t be informed, in fact, I highly encourage everyone to know what is going on in our current events, but I am saying that we shouldn’t be cramming our beliefs or our thoughts down people’s throats. There is a time and place for everything, and Facebook and other social media outlets is a no wake zone for these topics. Now, if someone was to have a face to face conversation with you, then by all means hit them in the face with your big stick. Never back down from your beliefs, but always know the appropriate time and place in which to have these discussions. You can make wake in the wake zone, but don’t cause wake in the no wake zone.